The Story Behind My 1st Tattoo

During my sophomore year of college, I was presented with an opportunity to go on a mission trip. This mission trip was during my college spring break in New Orleans. The mission? To restore a city and help those affected by a recent natural disaster.

Hurricane Katrina hit in 2005, and some areas were still heavily destructed several years after. The more stories I heard about this hurricane and the people affected, the more I wanted to go. Without hesitation, I signed up, along with some of my volleyball teammates, classmates, and professors from Quincy University. It was March of 2013, and we piled into a big bus, and made our way to NOLA.

Throughout the week, we traveled to different places to provide whatever help we could. This included cafes, churches, schools, and more. Each place reacted differently to our assistance. Some were appreciative. Some seemed overwhelmed.
The place that impacted me the most was a cemetery. Poverty and destruction were very apparent. As our group arrived to the cemetery, we were greeted by an older woman who was passing by. She struck up a conversation with us, so we told her why we were there. She raved in appreciation of our selflessness. Then, she went on to tell us a story about her son. A few months prior, he was fatally shot. Tears flooded her eyes and her voice grew weak. “I looked my son’s killer in the eyes and said, ‘I forgive you'”, she said. Through the heartbreak and sorrow of losing her son at a young age, she found peace in knowing that he was in a better place. She repeated over and over, “Faith over worry. Forgive those who have done you wrong. Forgiveness is for you, not them. Faith over worry”. Let’s just say, she wasn’t the only one with tears in her eyes. I believe that this woman crossed our paths for a very specific reason. During March of 2013, I was going through one of the hardest times in my life. I was questioning a huge decision at the time – and I truly believe she helped me through it, whether she knew it or not.

This trip, specifically the encounter with the woman at the cemetery, impacted me so much, that I decided to permanently mark my body with her words. Sometimes I think about her and wonder if she has any idea how much she impacted that group of young college kids. I also can’t help but wonder what she would think about my tattoo.

I decided to add the “fleur de lis”, a VERY iconic symbol in New Orleans. While it was primarily associated with the French monarchy, it has represented many things over the years. The three petals are known to represent those who worked, those who fought, and those who prayed. It also reminds me to forgive, forget, move on, and make peace with anyone who has done you wrong.

Don’t worry – we had some fun while we were there, too. We experienced the French Quarter, pralines, donuts, crawfish, and more. New Orleans stole a piece of my heart – and a little spot on my ribcage. 🙂 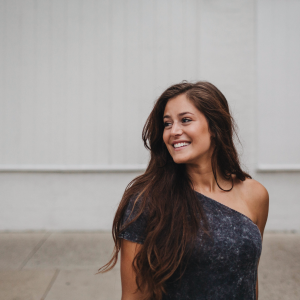